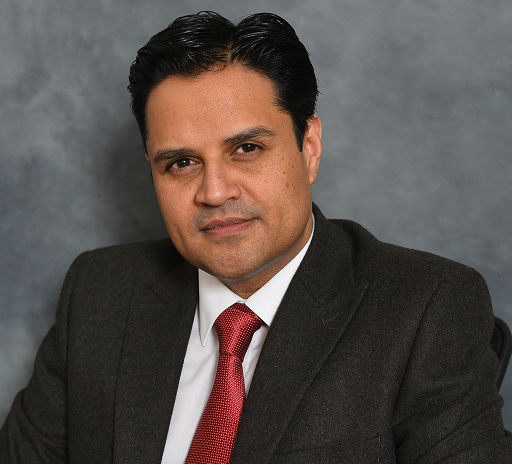 Mandip is a panel solicitor for the Police Federation of England and Wales, and has substantial expertise and experience in representing Police Officers nationally. In 2008 he was awarded a Formal Crest by the West Midlands Police Federation for providing "outstanding" services to its members. This was the first time such an award has been presented to a lawyer by the Police Federation.

He has substantial expertise in dealing with complex criminal and fraud matters, including Financial Conduct Authority and National Crime Agency investigations.

Mandip is instructed by professional clients in discreet matters such as investigation for sexual offences.

He is regularly instructed in high profile cases that are often in the public eye.

Mandip founded Precedence Law in 2017. Previously Mandip worked at National Law firms at a senior level, including Operational Director, Head of Department of solicitors nationwide, and Partner at a top 100 commercial law firm.

Mandip’s approach to cases is not standard: he will engage with clients at the outset to establish a high-level strategy to achieve the desired objective.

He is sometimes instructed to defend professional clients in evidentially hopeless cases where he has managed to secure favourable results due to his tenacious and determined approach to succeed.

He is proactively looking to find solutions to problems. The primary objective is to avoid his client being charged, but in the event the matter proceeds further, the only objective is to be successful and to remain ahead of the opponents.

He is always proactive in his approach and does not react to standard processes where the opponent has set the agenda. His holistic approach involves collaboration with client and Counsel. In all of Mandip’s cases, his client is always at the heart of all key decisions made. Mandip mainly works with Queens Counsel and Senior Counsel with an established track record of successful results and those who are highly rated in the legal directories.

Mandip was instructed by News International to represent the former Deputy Crime Editor of the Sun newspaper, Anthony France as part of the Operation Elveden prosecutions relating to payments to those in public office. Mr. France was convicted at his trial at the Old Bailey but Mandip continued to pursue the matter to the Court of Appeal with fresh counsel which ultimately resulted in the quashing of Mr. France’s conviction in 2016. The case is also the leading authority on criminal Misconduct in Public Office cases. R v France [2016] EWCA Crim 1588

"Mandip Kumar is the solicitor you need when you're in trouble," a colleague remarked in early 2013. Four years later and after a stunning victory in the Court of Appeal, I came to appreciate the importance of those 11 words. Operation Elveden was the largest investigation mounted in British policing history. I was charged with two counts of conspiracy to commit misconduct in a public office, a 700-year-old offence so complicated most judges couldn't get their heads around it. Mandip, however, did. There was always something odd about my guilty verdict. Not only was it the only conviction standing, it was the quickest returned by any Elveden jury. Mandip refused to accept this. The Court of Appeal ruled the conviction was unsafe because the trial judge had misdirected the jury by not providing them with adequate directions. I was an innocent man again and able to restart my life and career. None of this would have been possible without Mandip, an astute legal brain simply miles ahead of the opposition. He is a fighter who won't give up on clients.”

Mandip has substantial expertise and experience of representing Police Officers for criminal and disciplinary cases nationally. He has represented Police Officers since 2003 and dealt with cases before the Magistrates Court, Coroners Court, Crown Court, High Court and Court of Appeal, and Police Appeal Tribunals. He has substantial experience of dealing with complex Post Incident Procedure cases.

He has advised and represented officers, including but not limited to the following allegations, murder, conspiracy to murder, rape, perverting the course of justice, Misconduct in Public Office, fraud, serious assault.

He has experience of applying for Judicial Review of decisions made by Police Tribunals. He regularly deals with complex police discipline cases where unfairness/abuse of process arguments are advanced.

He was instructed to represent senior officers in the Hillsborough investigation case.

Mandip is preferred choice of solicitor to deal with complex and high profile police cases. For example, Mandip represented a senior police officer who was investigated and later charged with serious fraud and financial crime offences. Mandip successfully challenged production orders during the investigation process, and later took the lead role in advancing legal arguments at the trial. The case collapsed as a direct result of the legal arguments in 2015. Mandip had been dealing with the case for 5 years.

“At every single turn Mandip instilled complete confidence and trust within the team, he is a truly inspirational leader who does not accept second best from anyone. Mandip is unbelievably clever and hard working. I have never known anyone apply such a high degree of passion and commitment to their work, he is an extraordinary individual. I can’t stress enough how much support I received from Mandip, he was relentless in ensuring that my best interests always took precedence. Mandip was simply brilliant. Nothing flusters Mandip, he is simply too cool and knows the case so well as to allow anything to distract him from it. Mandip is strategically brilliant, he was always thinking three, four, five steps ahead of everyone else. He is just at the very top of his game."

Mandip was instructed by a Professional engineer post his conviction for sexual offences where his former lawyers advised against an appeal. The client had been sentenced to 5 years imprisonment. Mandip successfully pursued the case to the Court of Appeal where his client’s conviction was quashed.

He was also instructed by a high net worth client who was charged with rape. Mandip took the lead role in advancing certain dismissal applications where the Queens Counsel initially disagreed that the application would succeed. The application proved to be successful and that was the end of the case against the client.

Mandip is regularly instructed in serious fraud and financial crime cases. He has successfully represented 4 directors including the successful discharge to restraint orders they were subject to.

He represented an established and highly successful commercial family rated in the Top 100 Rich List. Four company directors/owners were subject to allegations of fraud and dishonesty. Mandip successfully persuaded the investigators to dismiss all allegations.

Awards and Ratings in Legal Directories

In 2008 Mandip was awarded a Formal Crest by the West Midlands Police Federation for providing "outstanding" services to its members. This was the first time such an award has been presented to a lawyer by the Police Federation.

• "Mandip is tenacious and inventive; he is a great lawyer to have in your corner."

• "He is excellent with clients, clearly cares about each case passionately and is a very clever lawyer. He is first choice for serious and high-profile police cases in Yorkshire for the Police Federation."

• "Mandip is very thorough, has a great personality and is very much liked and respected in the police law field due to his extensive experience."

• "assiduous, dedicated, tenacious and thorough – clients' needs always take precedence."
• "top class"
• "very cerebral, sensible and practical"
• "The "truthful and very robust" Mandip Kumar .... represents police officers in connection with a wide array of criminal offences and internal disciplinary proceedings. He also acts in civil claims concerning allegations of police negligence, misfeasance or malicious prosecution."
• Mandip Kumar .... "provides a first-class service. He's calm, cool and collected and puts everyone at ease. He's knowledgeable and amenable." He principally acts for individual officers. "I find him very charming, very bright and someone who comes across well and is very pleasant to deal with."
• “Clients are in awe of his commitment to their case, and he brings added value and is a catalyst for creative thinking and problem solving.”
• Mandip Kumar of Precedence Law acts for a number of police federation boards on matters relating to serious injury or death following police contact."His mantra is always acting in the best interests of the client," according to sources, who add: "He genuinely cares about each and every case."

• "indefatigable when it comes to fighting the client’s corner."
• "… a specialist in misconduct in public office matters."

“The students really enjoyed Mandip’s presentation in my Criminal Justice and Rehabilitation course. The students expressed that Mandip was very knowledgeable about UK and US laws and found his experiences to be an asset to their higher learning experience. I would recommend Mandip as a presenter in future classes”.

The Court of Appeal allowed an appeal by the Chief Constable and Police Federation, against the decision of the Administrative Court.  It reinstated a coroner’s decision to screen police officers from family members of the deceased at a pending inquest. The judgment provides important guidance as to the balance between the requirements of open justice and witness protection.

Court of Appeal: Advising and Representation of 12 officers, issue relates to giving evidence behind screens in high profile inquest. Matter dealt with at the coroners court, then High Court, and now pending appeal to the Court of Appeal.

Court of Appeal: advising professional client regarding appeal against sentence in relation to sexual offences.

High Court: Advising and Representation of 12 officers at Inquest, Coroners court. Dealing with judicial review instigated by lawyers for the family at the High Court in relation to officers giving evidence behind screens. Working with senior counsel.

High Court: Advising Police officer in relation to JR instigated by the complainant and supported by the IOPC regarding their own decision was wrong. Working with QC.

Advising Solicitor investigated by the SRA. Working with QC.

R v X: company director charged with failing to provide breath specimen to the police. Successfully applied for the case to be dismissed on day of trial.

R v X: representation of client charged with conspiracy to supply drugs with numerous other defendants

• calling of fresh evidence under the PAT Rules;
• Ladd v Marshall test regarding fresh evidence does not apply to PAT hearings;
• Disclosure can be sought prior to the Rule 11 ruling.

IOPC and Police Force: advising Police officer in relation to serious criminal allegation and issues relating to Judicial Review of decisions made by the IOPC and the Police Force.

Advising Police officer subject to a criminal trial for conspiracy to pervert the course of justice with others. Lead role in legal arguments that lasted 2 weeks.

FCA criminal investigation: advising Company with international presence and Board of Directors in relation to regulated activity.

Representation of Businessman in relation to criminal allegations of historic sexual abuse. Despite previous reported allegations to the Police, successfully dealt with the investigation that resulted in no further action.